Aerostats 101 - What are they and why we use them?

Aerostats are the first aircrafts which enabled humans to see the world from above. Find out what are aerostats with focus on balloons, different types of balloons and their usage. 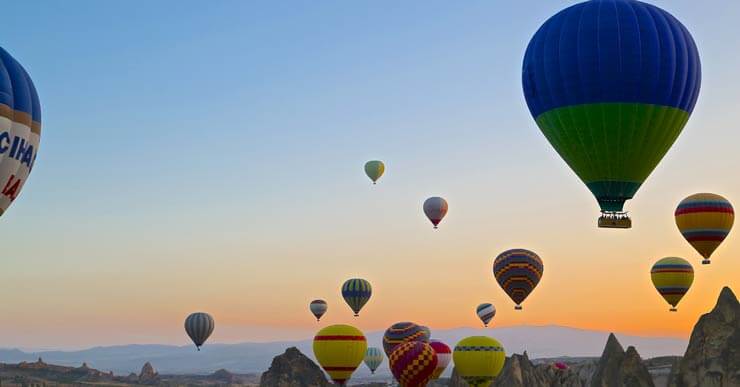 In a broader sense, an aerostat is a hollow aircraft made of light material, filled with lighter-than-air gas, which enables it to obtain flight and float in the air. A steerable aerostat (with an engine) is called an airship or a dirigible.

Find out more about airships.

However, the term aerostat is also used in a narrower sense, which refers to the statically tethered balloon. Since we already discussed airships, balloons are what the majority of the information here will be about.

Archimedes principle does not apply only to liquids, it also applies to gases. Basically, every physical body in the air or gas, loses as much of its weight as the air or gas that is pushed out.

Archimedes principle states that: „The upward buoyant force that is exerted on a body immersed in a fluid, whether fully or partially submerged, is equal to the weight of the fluid that the body displaces and acts in the upward direction at the center of mass of the displaced fluid.”

Bodies which are proportionally light to their volume achieve lift. So for example, a body with 1 m3 volume would gain lift at 12,93 N (a body weighing 1,293 kg with volume of 1 m3 would float in the air), because that is the force of the displaced air. If the weight of that body is lesser than lift, the body will gain height. In higher altitudes, the lift is much weaker, because of the air is more thin.

What is a Balloon?

Balloon is a hollow aircraft made of light material, which has no means of propulsion (or is sometimes equipped with an auxiliary engine) and with limited steering capabilities (steerable balloon with an engine is called an airship or a dirigible).

It is filled with LTA gass, which enables it to fly in the earth's atmosphere. Gas is filled inside of a fabric envelope to which a basket, gondola, or a capsule is attached. The basket acts as a housing unit for people and equipment. Balloons can be in three states:

Also, there are three types of balloons: the hot air balloon, the gas balloon and the Roziere type.

Hot air expands, so heated air in a certain volume of space contains less air. The air becomes lighter and if the balloon is lighter than the force exerted upwards it will gain lift. However, it will stay in the air only as long as it has fuel to keep the air heated.

The first hot air balloons used a solid-fuel brazier instead of the hydrogen used in the balloons that followed, which proved itself to be more practical and pretty much ended the hot air balloon phase.

After the Second world war,brakethrough of bottled gas burners revived the use of hot air balloon for sport and leisure.

Altitude of a hot air balloon is adjusted by engaging the burner on or off as needed. So the air heats up or cools down, and exerts force accordingly.

When lighter than air gas is filled inside of a compartment made of thin material it obtains the ability to gain lift. This is the most common type of balloons being aloft.

You probably saw a bunch of gas balloons tied up to a rock or something at a carnival, or a kid crying because a balloon got out of its hand and is now drifting towards the sky… 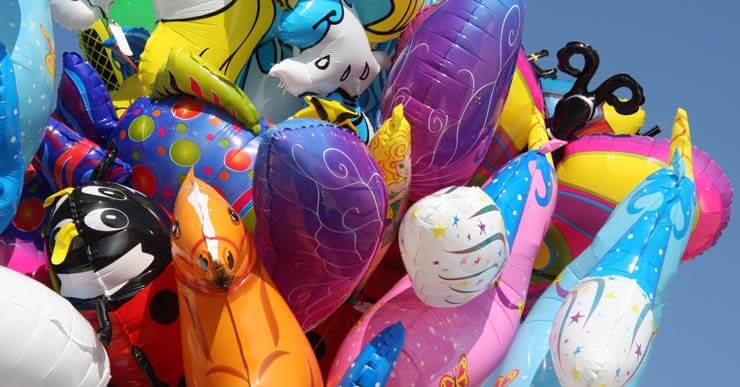 Gas balloons can fly at a higher altitude and cover larger distances than hot air balloons. However, they were more dangerous because they contained highly flammable hydrogen or coal gas. Today, most gas balloons use helium.

Rozier balloon has a chamber filled with non-heated LTA gas, and for a heated gas (same as the hot air balloon). This combination of compartments enables easier altitude control and longer air time. This balloon is typically used for making record flights.

Balloons were the first thing to take humans off the ground. They were used for leisure, sports, and for military purposes. Their means of use haven't changed, but the technology has. Modern balloons are used for 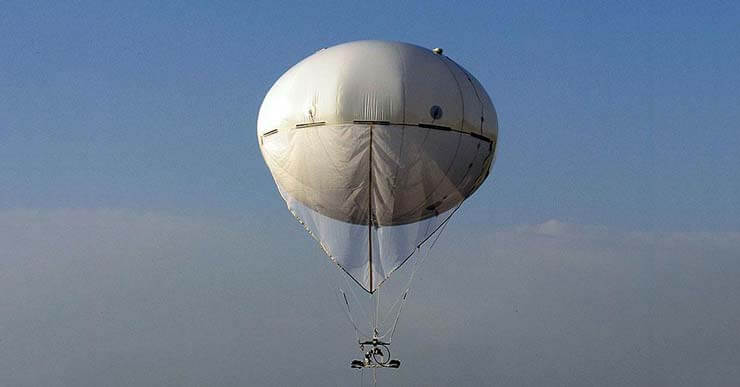 Use of balloons is justified their low operating costs compared to other types of aircrafts. Balloons can stay in the air far longer than most aircrafts which reduces the costs of the whole operation - from fuel to manpower.

Here at Aero Drum, we work hard on improving aerostat technology and developing new materials which improve the effectiveness of aerostats.